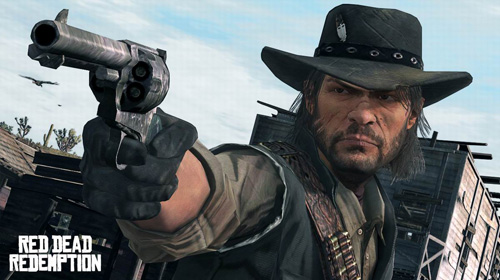 Red Dead Redemption is adding some undead icing to its substantial game cake.  We recently previewed the upcoming Liars and Cheats DLC coming out September 21. Now new details have emerged on the Undead Nightmare DLC.  Rockstar has this information:

The Undead Nightmare Pack will feature an entirely new mostly single-player campaign that follows John Marston as he tries to find a cure for the highly infectious zombie plague that has spread across the frontier,

There is a very important detail in that quote which may intrigue savvy gamers who have completed the campaign.  The other detail we like to focus on at Co-Optimus is the whole "mostly single-player" aspect of the DLC.

Rockstar has also stated that there will be "exciting new multiplayer modes."  Now we're talking.  Some type of survival mode would be appreciated.  I'm personally hoping for a Wild West Nazi Zombie Horde Firefight, in space, but I won't get my hopes up.

Rockstar also goes on to say:

Zombies make everything better.  It's a fact.  Zombie cowboys, zombie animals, and zombie secret locations can only add to what is already a fantastic game.  Hopefully the infection carries over to free roam, where you and 15 of your friends can rid the wild west of the walking dead.

The Undead Nightmare DLC will be available on the PlayStation 3 and Xbox 360 for $9.99 or 800 Microsoft points later this year.