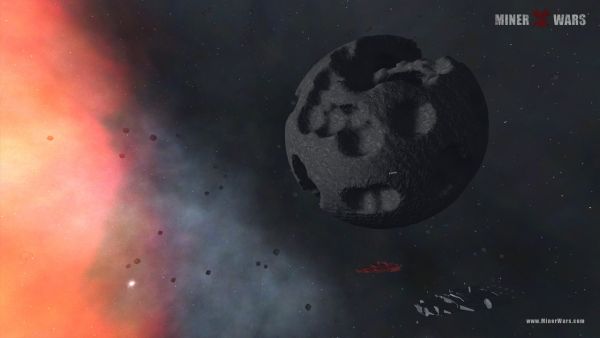 As games implement more features, they take longer to develop. It’s true that many games are beginning to include a lot more multiplayer options. To our delight that also includes co-op. Miner Wars is a game that has been in development for a while holding our interest with some space exploration co-op, that is also taking its time in development.

We’re not complaining, mind you. We’re glad to see games take their time and get everything right. The developers here are trying something a little bit new along the lines of a “pre-alpha release” in which gamers get the full game for a massive discount.

We are publicly releasing the game in its current pre-alpha state at a 70% discount from the price of the final version! Every player who chooses to buy the game at this stage of development will not only be able to play the game now, but will also receive monthly updates, as well get the full game at its release with no additional charges. We will be adding a lot of content to the game as we progress. As time goes by, and we near our final release date, this offer will become more expensive for you, so now is the chance to get the game for just a small portion of the price.

Keen Software House, developers of Miner Wars goes on to explain what this first bit of gameplay includes.

The final state of the first installment will be the single player campaign with full co-op story and multiplayer arenas with deathmatch and team deathmatch modes. We are not ready to disclose the final release date yet as we need as much feedback from the community as possible.

This sounds pretty promising. I’d imagine the developer will listen to co-op demands, changes, and updates being made as people experience the game during these early stages of development. Getting monthly updates to watch the game grow should also be a pretty cool experience for gamers. Check this out soon on XBLA and PC, and give them feedback early and often as you play to help influence the best possible co-op for Miner Wars