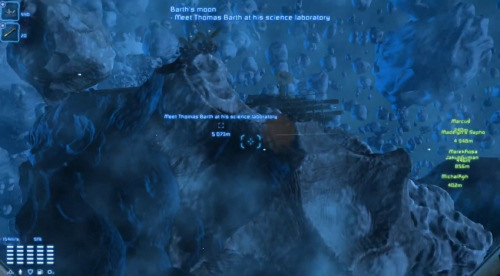 Miner Wars 2081 has finally hit its beta phase after extensive alpha and pre-alpha testing from the community.  The game is now being balanced and tweaked, getting ready for release sometime later this year on PC.  Miner Wars 2081 features both single player and co-op gameplay as well as some versus elements in a six degrees of freedom type game - think classic PC game series Descent.  The team has a Greenlight Page up to try to get Miner Wars 2081 onto Valve's Steam service.

To celebrate the beta's release, there's a new video out showcasing some four player co-op gameplay.  The mission goes deeper into the story behind Miner Wars 2081 as a players have to exterminate a hidden Raider base.  We're told to "pay special attention to the solar wind" at the end and also the solar map that’s used for traveling through the solar system.

Miner Wars 2081 is set for release later this year on PC with 16 player online co-op.  You can check out the game on the official site.