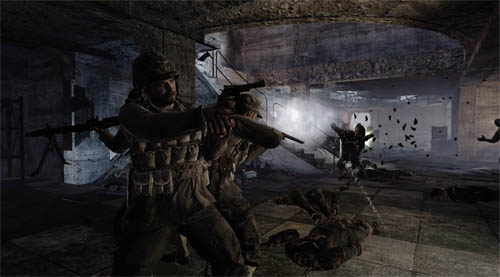 Activision has released an update for Call of Duty: World at War on the Xbox 360 and PlayStation 3.  The update includes a host of fixes as well as a brand new free multiplayer map.

For fans of co-op the update unlocks the 4 player co-op "Nazi Zombie" mode for everyone.  Previously this mode was only obtainable by completing the game in single player.  There's also a fix for an issue where a co-op game could potentially ruin the solo game's data.  Score!

The full list of changes are posted right ahead.

Be Sure to Check out the FREE Makin “Day” Bonus map