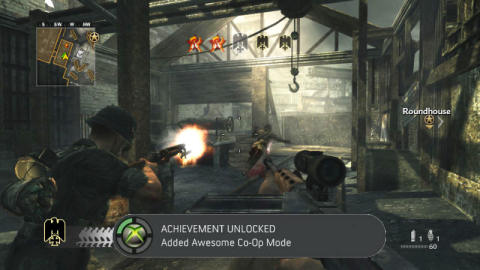 There's good news on the Call of Duty front as the latest game will feature 14 specific achievements for the game's 4 player co-op mode.  While most of them are unlockable in single player, there are 3 or 4 that will require you to play the game's cooperative mode.  These include both trying the game's competitive co-op and normal co-op modes.

The rest of the achivements seem to be tied to bonus objectives in the game like killing a certain amount of enemies or using only a specific weapon.  The full list of achievements are posted after the Read More link.