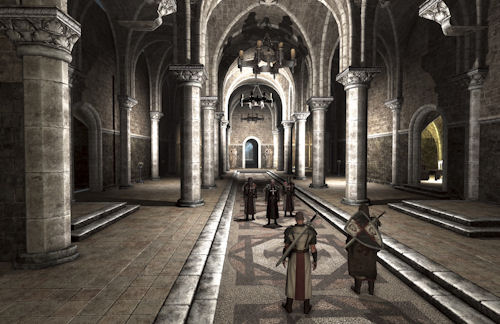 Earlier this year we brought you the first batch of screenshots and a trailer for The First Templar, a two player co-op action adventure game from Kalypso Entertainment.  Today we have the next batch of screens and the game is looking better and better.

There seems to be a good variety of colors and environments to explore, and at least one screen lets us know we can silently kill some bad guys.  Who these bad guys are...that's yet to be seen, but we'll know when the First Templar releases next year on the Xbox 360 and PC.