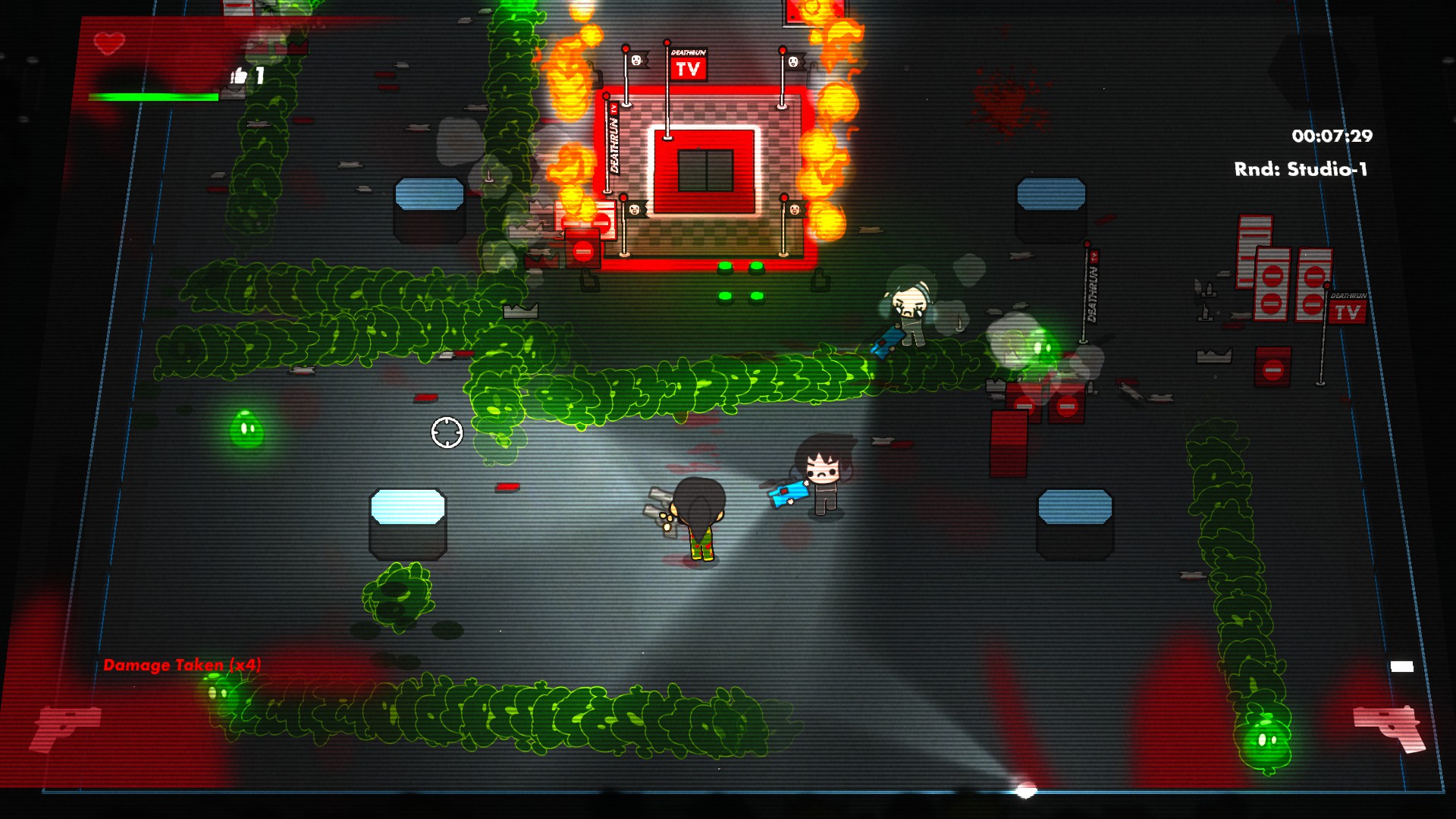 What if the classic film and short story The Running Man was a cartoony Roguelike shooter? It would look a lot like DeathRun TV, an upcoming game from British indie developer Laser Dog and publisher Merge Games. DeathRun TV will feature cutesy art, lots of blood, dramatic slow-motion jumps, and 4-player local co-op.

The premise of DeathRun TV is simple. Play as a contestant in a deadly game show, causing as much mayhem as possible in front of a live studio audience. Anything and everything can be shot or meleed to death - even the cameramen! The contestants' goal is simply to receive as many likes as possible. The more popular they get, the more powerful they become. Specifically, fame can be spent on the player's choice of mutations, boosting movement speed, fame gain, and more. Die and you'll just be resurrected for another round on the show.

Having played the Steam demo briefly, I enjoyed the game's noisy TV atmosphere. The crowd on the outskirts of each level noisily applauds when you do things that earn likes, and camera people run around trying to film the chaos. The environments are so bright and flashy that threats can be tough to detect at times, for better or worse. The camera is definitely too jittery at present, swinging widely as the player looks around. On the plus side, dodging is accomplished via slow-motion jumps akin to those of a John Woo film - a cool mechanic.

DeathRun TV will support 4-player local co-op when it arrives on Xbox Series X|S, PlayStation 4 and 5, Switch, and Steam. No release date has been announced, but a Steam demo is available for a limited time.