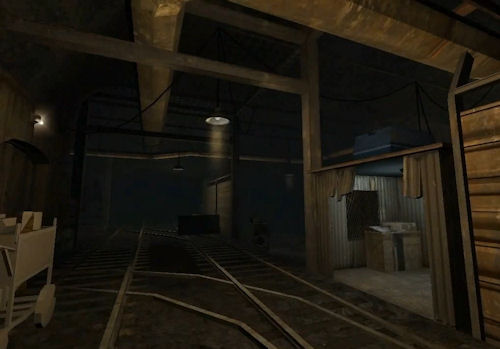 It's a good thing those miners in Chile didn't get stuck in this underground area, because they probably wouldn't have survived 70 days fighting zombies with only a few cans of tuna at their disposal.  Perhaps Nexon's timing is impeccable, or perhaps they just have good luck - but they are jumping all over this new mining fad by launching a new co-op map called Black Lung in Combat Arms.

The map is designed specifically for the game's co-op zombie mode, where 8 players can work together to survive as long as possible.  We've provided a video fly through of the map below - it's dark, dingy, and there's not a Phoenix capsule in sight.  Access to the map will go live in a content update to Combat Arms later this month.