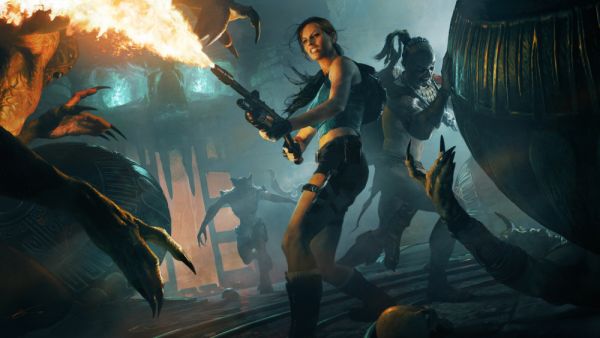 I really, really enjoy playing Lara Croft and the Guardian of Light despite the glaring lack of online support, but many of our own community have skipped over this title for that very reason. If all goes well from a technical standpoint, Crystal Dynamics is finally offering a twice-delayed online support patch on October 27th. This first patch will only be for the Xbox 360 version, with PlayStation 3 and PC patches still promised.

To show their appreciation for anyone who bought the game on the merit of its local co-op and single player, Crystal Dynamics is going to roll out the first DLC pack (of five) for free. It appears that this freebie may be extended to PS3 and PC early adopters, but it's not completely clear just yet. Personally, I wouldn't be surprised if that were the case.

The first three packs are expected to contain actual story content (which I'm ready to eat up). The next two following will be primarily additional playable characters, and maybe weapons. All five packs were originally planned for release before the end of 2010; although that goal may prove too lofty for Crystal Dynamics, we'll gladly take the free content and wait for better news.