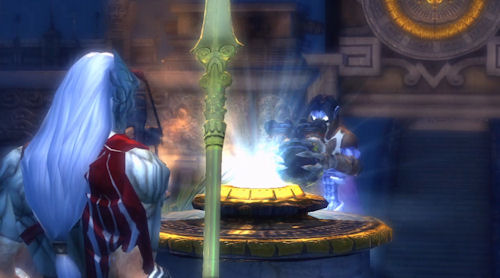 The votes were tallied in the contest of the DLC - and it looks like Kain and Raziel have won as the first set of co-op characters to download for Lara Croft and the Guardian of Light.  The duo beat out Kane and Lynch as the other set of characters that would be available in the game, both sets of characters are available to download now - one free, one not.

The good news is there's brand new dialogue and voices recorded just for the character packs - something we previously didn't get to see in the video.   The bad news is because Kain and Raziel appeared to have won the fan's votes, they also cost $5 while Kane and Lynch are available for free.

Both packs are out now on PSN and XBLA - its unclear if the Steam version of the game is going to get the content.