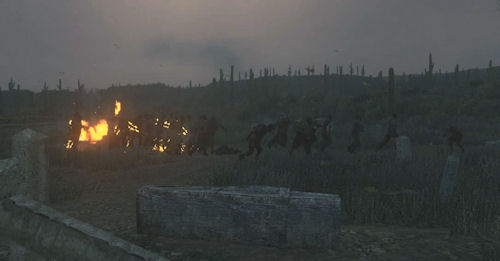 In a style like that of the famous story "The Night Before Christmas," Rockstar games have crafted a poetic tale of how the undead hordes are going to relentlessly come after you and your friends in Red Dead Redemption's new co-op mode called Undead Overrun.

While this looks to be a pretty straightforward survival mode, it does seem to set itself apart not only with the setting, but with different combo multipliers, Dead Eye aiming, and getting stashes of weapons from coffins.  Give the trailer a watch and then count down the days till October 26th when Red Dead Redemption's Undead Nightmare DLC is released.