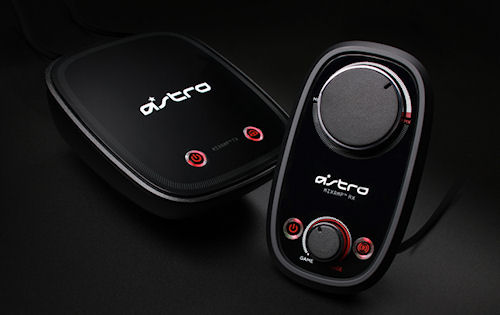 One of the few problems we had with the Astro A30 Headsets earlier this year in our review was the amount of wires required to run it in conjunction with its MixAmp.  The MixAmp is the brains of the headset that give you the ability to balance game sound and voice volume as well as provide surround sound playback.  Now Astro has alleviated part of the problem by creating a wireless version of the MixAmp called the MixAmp 5.8.

The MixAmp works with both the A30 and A40 headsets and is currently retailing for an introductory price of $99.  It utilizes 5.8Ghz transmission so it doesn't interfere with other wireless signals.

Features of the ASTRO MixAmp™ 5.8 include:

The really slick thing about this is the ability to pair up to four receivers with one transmitter.  That mains plenty of couch co-op for mommy and daddy while baby sleeps!