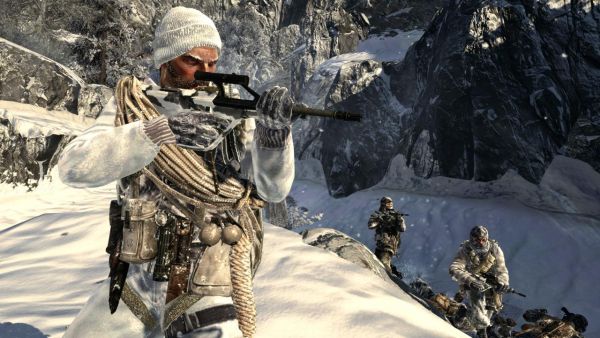 Call of Duty: Black Ops has only been out a little over a week, but the game has already received a major patch on PC and first on consoles is now out to tighten up the experience.   The current patch seems to have fixed a lot of problems with the multiplayer versus mode - mostly due to people trying to glitch and cheat.  But some have it affects the co-op Combat Training mode as well.

Despite the patches being live, there's still ongoing fixes coming as well - each chronicled in a thread by platform.  Here's where you can find that list for the PS3, 360, and PC.

11/18
· Improvements to the spawn system to resolve an issue where negative spawn influencers from specific game events were not always being deleted after the danger had cleared – in some matches, this was causing good spawns to be erroneously flagged by the game as bad spawns, which in turn forced actual bad spawns to get selected later in the match
· Experimental slight reduction in knife lunge range – this is a trial change
· Prevention of Prestige glitching – trying to prestige from Combat Training will reset your stats but not give you prestige

11/17 (full patch)
· Improved matchmaking to find matches significantly faster
· Improved matchmaking to ensure that players are more effectively matched to games with the best networking conditions
· Improved host selection to ensure that the best host is always selected in the pre-game lobby
· Improved party system to ensure that parties don’t get broken apart
· Disable ability to join Private Match, Combat Training and Theater lobbies when searching for Player Match games
· Server-side and game-side changes to decrease the amount of failed Film uploads
· Weekly and Monthly leaderboards will now track all kills, deaths and assists properly (All Time leaderboards were not affected by this)
· Prevention of Combat Training stats getting crossed with Player Match stats under rare conditions
· Prevention of temporary loss of functionality when a button was being held down at the point of a disconnect
· Additional fine-tuning of audio levels and ranges for footsteps and gunfire
· Additional fine-tuning of audio levels for bomb plants/defuses
· Additional online security enhancements
· Optimization to prevent friends list from spamming user while in game – will improve game performance for users with large numbers of friends