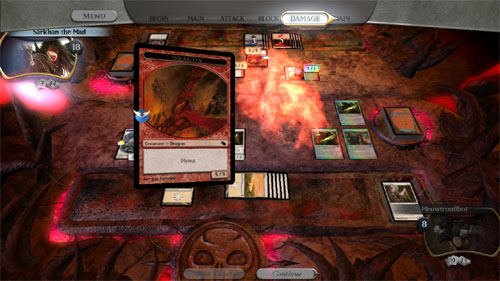 Magic: the Gathering - Duels of the Planeswalkers finally came to Playstation Network today for North America. Though it was originally exclusive to XBLA, the game recently got a port to PC via Steam, and now it's the PS3's turn. Starting today, PS3 users can grab the core game for $9.99 and its three expansions for $4.99 each. As a little bonus, purchasers will receive a special art foil Planeswalker promo card while supplies last.

If you remember, we gave the game a favorable score over a year ago, though we were sorely disappointed at its lack of online co-op. We also shared our impressions of the first expansion as well as our impressions on the second expansion, if you're wondering if the expansions are worth your while. Expansion 3 is new this month, and we haven't gotten around to checking it out yet, as it's only available on PC and now PS3.