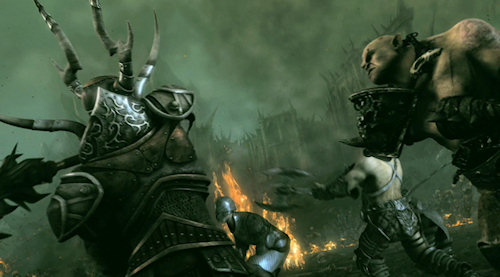 Southpeak have released a brand new trailer for the upcoming Action/RPG, Two Worlds 2.  The game will sport an 8 player co-op mode that sets up the story for the game's single player game, taking place just after the events of the first Two Worlds title.  This trailer is actually set during that time period - so perhaps we're getting a glimpse at some of the action?  Speaking of action, the trailer is full of it, and its easy to get a Lord of the Rings epic battle vibe from it.   Instead of Aragorn though, we have Sordahon - not quite the same.

Two Worlds 2 launches in North America this January on the Xbox 360, PlayStation 3 and PC.