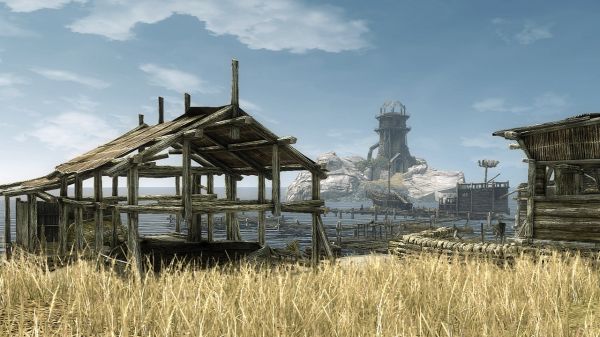 Southpeak Games has been quiet on the co-op mode that we'll see in Two Worlds 2 when it releases later this year, but an eagle eyed reader has stumbled upon some information which we confirmed with the publisher to be true.

Back during our PAX East coverage we were told the co-op would only support two to four players in a mode that bridges the story between Two Worlds 1 and Two Worlds 2.  Now it appears the mode will actually support up to eight players and feature a progressive difficulty curve that requires co-op.

An moderator on the official forums writes:

Co-op Campaign-A mode in which you play the role of somebody who was around between the time of Two Worlds 1 & Two Worlds 2, so essentially bridging the gap.Up to 7 Players can join you in this with earlier quests easier,later quests being harder to complete without the need of some sort of assistance.

That doesn't appear to be the only co-op mode - another mode described is being called Village mode - and it looks like a more social affair.

Village Mode-Each player will be given a village,which will be able to specialize in one thing whether that be Two Handed Weapons or potions and so on.
Encouraging people to visit other villages and trade with the owners.
Quests will also be available in Village Mode like Bandits in the forest frightening the Village people.

So while the game's main campaign won't be co-op-able, we do have two additional modes to experience with friends.  It's also good to see the 8 player co-op mode making a return, something the original did.

Two Worlds 2 launches on October 5th on the Xbox 360, PlayStation 3 and PC.

Thanks Kevin Clough for the tip!