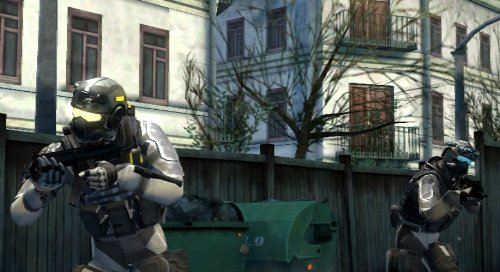 The Ghost Recon franchise has seen its share of games on the PC, 360, and PS3 - but sadly has been mostly devoid on Nintendo's Wii.  The good news is the series is making its debut on the console, and depending on your preference, the bad news may be that its an on-rails shooter instead of the tactical third person game we've all grown to love.

The game follows a completely independent story for the Ghost Recon games with players assuming the role of  Hibbard or Boot, two newly recruited Ghosts.  The entire game is played behind the pair, so co-op is absolutely the focus.  Whether you are shooting bad guys in Moscow, shooting bad guys on the streets, or shooting bad guys from a helicopter - you'll be shooting bad guys with a friend at your side.  The best part is, if your buddy as to take a pee in the middle of a terrorist take down in Nicaragua, he can.  The game supports drop-in and drop-out play.