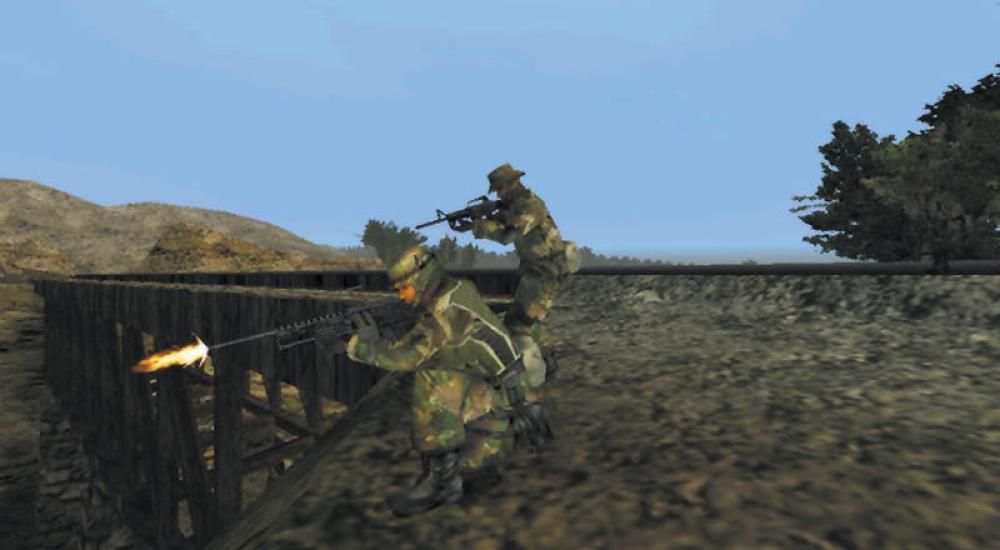 Ghost Recon Wildlands isn't he only Ghost Recon title to see some new content. The PC modding community often extend the life of many classic games by adding graphical or UI features that many players wish the game included to begin with, or adding new content altogether. ApexMods has released a 30 Gb mod today, titled "Heroes Unleashed," for Tom Clancy's Ghost Recon that adds new physics, new AI behavior, and "hardcore realism" to the game.

As a quick note before going any further, the mod is entirely free to download (10 Gb in size, and unpacks to the 30 Gb mentioned above), but you do need to own the game in order to use it. The title can be purchased via Steam or GOG.com.

The primary focus of the mod appears to be to bring the physics, A.I. behavior, and damage a bullet inflicts on a human body closer to a "real-world experience." This doesn't replace the existing campaign or multiplayer modes in the game, but adds to them. Here's what the official mod website has to say about the mod, where you can also download it:

Ghost Recon: Heroes Unleashed offers a ruthlessly unforgiving tactical FPS experience by maximizing realism in every aspect of the game. Weapons match their real-life counterparts in accuracy, effectiveness, and handling. AI displays terrifying acumen in trying to outmaneuver you. Missions take place in open-world locations and are entirely nonlinear, with a minimum of scripted events and utmost randomization, for infinite replayability.

Heroes Unleashed pushes tactical realism to the extreme, setting it light years apart from anything you are accustomed to in today’s ubiquitous action shooters. One shot can kill.