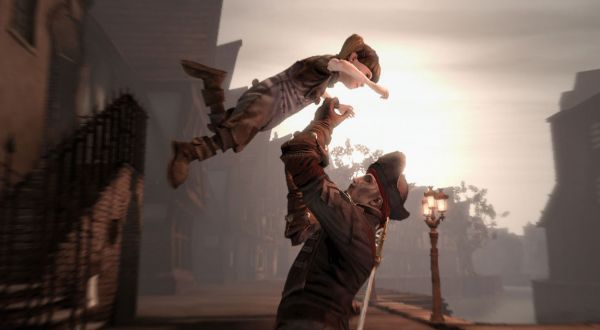 Fable 3 has been out for a while now.  The game had some major bugs, ending many heroes' Albion  adventures prematurely.  From being unable to progress in quests to 'falling out of the world,' these bugs have been very problematic.  Not all issues are fixed, but it is nice to see Lionhead Studios saving money by having the general public test their game hard at work resolving some of these game breaking issues.  Read on for a list of the specific fixes.  Please note, there may be changes not listed here.

Quests: Tabletop: The Hobbes may not spawn in the last area causing the player to be unable to progress

Quest: Tabletop: Player can become stuck behind some rocks

Quest: Tabletop: After defeating the hollowmen in the room with the lever the player is unable to progress

Quest: The Masquerade: Player can become trapped in Reaver’s mansion.

Quest: The Masquerade: Player can fall out of the world

Live: The players fall out of the world (FOOTW) when transitioning from Shifting Sands to The Veiled Path

Crash: During the quest “Peace, Love and Homicide”

World: Online multiplayer:Fast Travel area does not extend from end of level the "The Hole" to go to Mistpeak Valley

World: Player can fall out of environment in Mistpeak Valley while in combat

World: If client repairs a house, the house goes from renting out to living in

World: Player can become stuck during Castle Battle after vaulting over sandbags near burning cart

World: Bowerstone Industrial: Player can fall off the world

World: a fix for existing or future FOOTW situations

World: Online multiplayer: No Particle Effects on Host Screen after Marrying another Player

Live: Orbs do not always show up

Live: Online multiplayer:Fixed an issue with sliding host in the sanctuary

Saves: Fixed a few issues that could cause a corrupt save game slot

World: Driftwood: Hero can become stuck inside of tree

World: Black chicken in castle gardens flies straight up into the air for several seconds when kicked

Speech: Japanese: Reaver is missing VO in one quest