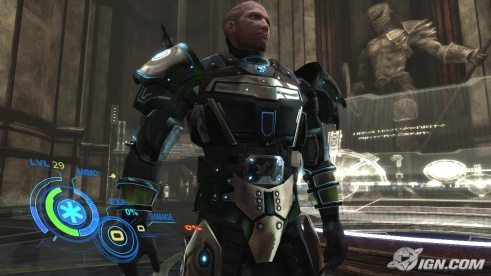 Over at Denis Dyack's IGN Blog there's some good news for fans that have been awaiting Too Human.  According to Denis the game is just about complete with only two crash bugs remaing - even though he hasn't seen the game crash in four to five weeks.

According to him, his last playthrough of the game yielded him 600 Achievement Points, though normally he should get anywhere between 680 and 700.  His character hit Level 29 in the game, and he even posted the stats page of his character.  The coolest thing about this page?  Kill counts for all the guys you've slain as well as certain secrets we dont' know about yet.

The August 19th release date of Too Human can't get here soon enough.  I know all of us here at Co-Optimus can't wait to pair up with a buddy and hit the halls of Valhalla!