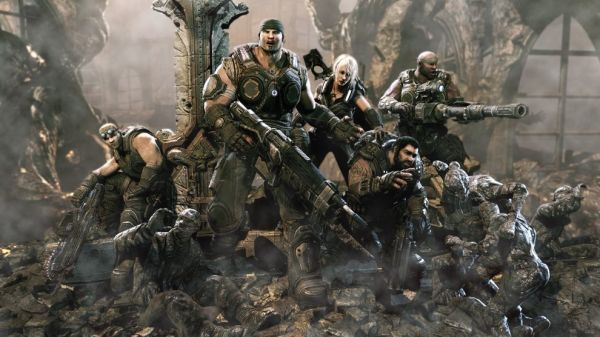 Epic front man Cliff Bleszinski is hyping the upcoming Gears of War 3 announcement.  The big reveal will be at the Spike Video Game Awards, taking place on December 11th.  The news will reportedly have "everyone talking."  Rumors are flying right now, from Kinect support (which has been denied through twitter) to new motion controls for Gears 2.

"We'll be showing off some new Gears of War gameplay. It's going to be awesome. You're going to love it. It's not what you're expecting," Bleszinski teases.  Other sources have mentioned a Kinect-enabled Gears spin-off.  Hopefully it will be better than 'zomg you can play as chicks now.'   I think pantomiming the close quarters kills might be a little much, but who knows what the kids want these days?  The Spike VGA's are next Saturday, and I'll be there, wading through the crush of humanity, getting all the co-op details I can find.