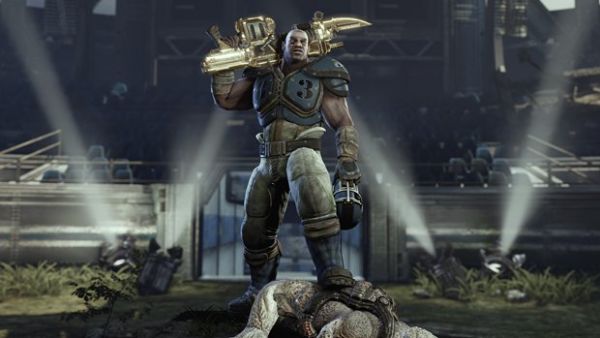 The Gears of War 3 multiplayer beta came to an end on Sunday.  The sudden stoppage of shotgun pwnage left Gears fans with a long summer wait for the early autumn retail release.  I, myself, was disenchanted with the beta, (I'm extraordinarily bad at Gears multiplayer, like, patheti-sad) but many, many gamers were not.  1.29 million players joined the beta.  Epic and Microsoft also announced that there have been over 1 million pre-orders for Gears of War 3, "making it the fastest pre-ordered Xbox exclusive title to reach this milestone in the history of the platform."  This may have to do with the fact that pre-ordering Gears of War 3 was one of the few ways to access the multiplayer beta.  Xbox LIVE's Major Nelson has all the stats you could ask for:

What does all this mean to us as co-op players?  It means we should have no trouble finding co-op partners when Gears releases on September 20, for one thing.  And don't be surprised if everyone has pimped out weapons in Horde Mode, due to the plethora of unlockables in the beta.

Gears of War 3 is only available on the Xbox 360.  It supports 2 player local co-op and 5 player online co-op.