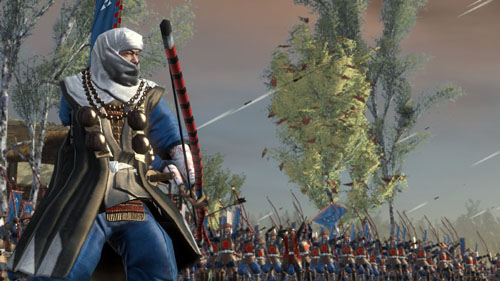 The Total War series has been in the business of combining turn-based strategy and real-time strategy action for over ten years. A recent addition to the series has been full campaign co-op (found in Napoleon Total War and the upcoming Shogun 2: Total War), a phrase we here at Co-optimus find truly delectable. Many of our readers, however, may be missing out on this series as it been almost entirely exclusive to the PC. For those of you who enjoy strategy games but aren't into PC gaming, hope may be on the horizon. Developer Creative Assembly says they are not opposed to the idea of bringing Total War to consoles, iPad, and/or Facebook.

Computerandvideogames.com had a chat with lead designer Jamie Fergusson and lead artist Kevin McDowell about the prospect. They feel confident that the control scheme on a console wouldn't be too hard to finagle: "In the past one of the artists actually coded up some experimental stuff just on his own time and was like, 'Oh that actually works really well' " McDowell said.

Their chief reservations appear to be about the marketability of the Total War series on these platforms as well as which one(s) would be the best to start with:

So what do you guys think? Would you be interested in a console version of a Total War game? Or would you maybe prefer an apple or facebook app?