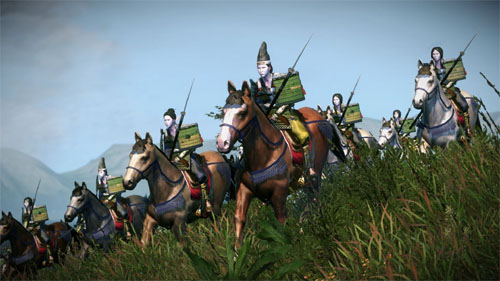 September will be keeping a lot of us busy with its crazy amount of releases, but let's not neglect to check out the new DLC for for some great co-op games that will be releasing that month as well. Shogun 2: Total War will be receiving a new piece of DLC (Rise of the Samurai), and it sounds to be pretty hefty. It will introduce a whole new campaign set 400 years before the events of Shogun 2, focusing on the feud between the six clans of the Taira, Fujiwara, and Minamota families. The DLC will provide players with 6 new clans to play complete with 4 new hero units, 4 new agent units, 16 new land units, and 10 new naval units. An example of one of the new hero units, the Onna Bushi Heroine, is pictured above.

Rise of the Samurai will be released this September, priced at $10.