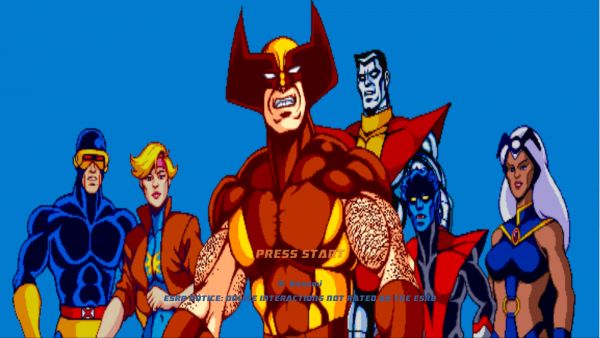 Everyone who wants to play X-Men Arcade next week step forward!  Not so fast, PlayStation 3 owners.  The PS3 faithful will have to wait to get their old school mutant brawl on.  X-Men Arcade will release next week, December 15th for Xbox LIVE Arcade.  The game is slated for a February release for the PlayStation Network.

X-Men Arcade will support drop-in, drop-out co-op, four players locally and six players online.  You and up to five friends (or creepy strangers) will take control of one of Professor Xavier's chosen in an attempt to vanquish Magneto and his minions.  No word yet if they edited out Wolverine's Robin Williams-esque arm hair.