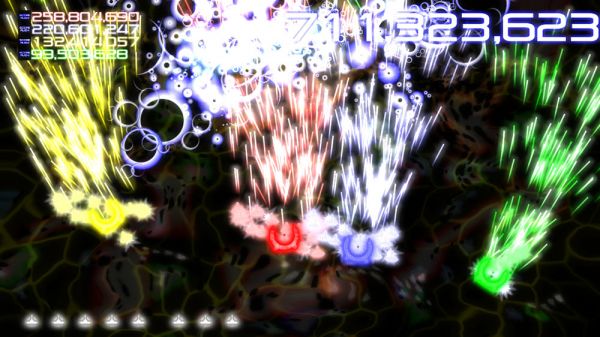 We enjoy us some indie games here at Co-optimus. I've had myself some good times with co-op games I've purchased on the Xbox Live Indie Games (XBLIG) channel. Today Xona Games launched Score Rush on said channel, a game described as "an intense 2D, four-player, dual-stick, bullet-hell, score-running shooter." Features include unlockable difficulty modes, boss battles, and power-ups for both your main weapon and your ship. The goal? To get a crazy-high score, of course!

Score Rush is available now for only 80 MSP (or one dollar for the MSP-to-dollar confused). Developer Xona Games is also a participant of the Indie Games Winter Uprising with their game Decimation X3 which was also released this week.