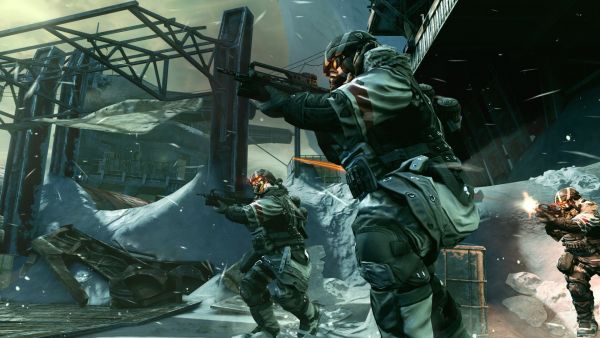 The on again, off again, relationship that Killzone 3 has with co-op gameplay appears to be on again.  We think for good this time.  According to an interview at 1UP with the game's managing director, Herman Hulst, Killzone 3 will have at the very least, 2 player split-screen co-op support.  Details are still sketchy as to exactly what that co-op is - whether its campaign, a survival mode, or something else [UPDATE See below] - but we do know that Guerilla has spent a lot of time optimizing the engine to render two screens at once...despite it being "a lot of work."

1UP: The game's running at 30 frames per second with and without 3D. Where's the power coming from for 3D? Were sacrifices made to maintain the frame rate?

HH: You know, look at it for yourself. We found a lot of power after we completed Killzone 2. Just to give you an example on the graphics side: we pulled a level from Killzone 2 into the Killzone 3 engine and it ran at 50 percent. That's how much power we've been able to find.

You can see it in split screen co-op. We had to do the double rendering anyway. I don't think there's that much that's suboptimal. Of course, there's some trickery you have to do.

We're trying to get more information and we'll update you as soon as we have it as to other details of Killzone 3's cooperative mode.  For now, enjoy the game's commercial - with a February 22nd release date we only have 2 months to wait!  Its like they say - better late than never!

Update:   A Sony representative confirmed Killzone 3 has support split-screen co-op for two players through the campaign.  As of now there's no online co-op play.