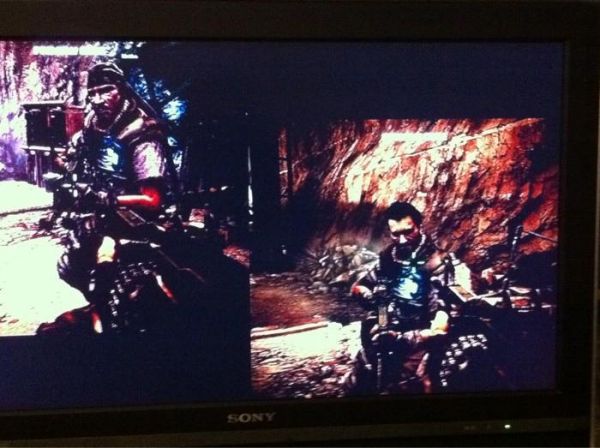 Sometimes the ugliest pictures tell us the sweetest things

Co-Optimus was flabbergasted when Killzone 2 came and went without any mode of co-op play.  If developer Guerrilla Games truly want the Killzone series to be a Halo beater, then surely they need to include great co-op as seen in the likes of Halo: Reach?

Officially, Guerrilla have never confirmed co-op in Killzone 3, but they did suggest it may have the feature this time around.  To back up this argument is a recent leaked image that suggests the game will not only have co-op, but split screen co-op.  The above image is two characters from the series and they are in the same game environment - will this be co-op or multiplayer?  Sony have yet to confirm anything, but Co-Optimus is increasingly sure that Killzone 3 will have some form of co-op, that could be up to 4 player.  Check back with Co-Optimus if/when the news breaks.

Update:  According to a TheSixthAxis.com source - the game will now feature both online and offline campaign co-op.  Still not official, but we're getting closer.