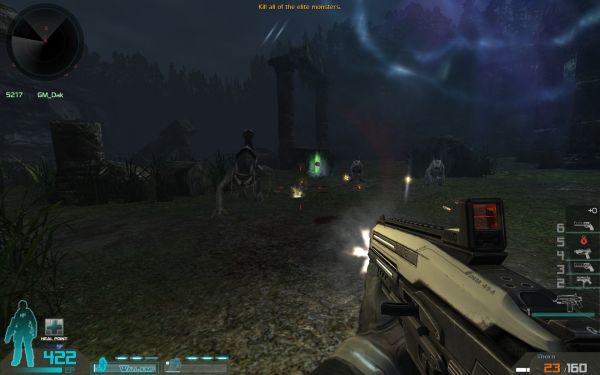 The team over at iiji must have a thing for doing co-op in a valley.  Earlier this year we brought you an exclusive first look at a new co-op mode called Death Valley for the free to play FPS called Alliance of Valiant Arms.  iiji's is back with a brand new free to play FPS called Genesis A.D. - a futuristic game that's more about twitch gameplay than strategy.  It too is getting a cooperative mode, this time called - Viper Valley.

The Viper Valley mission pits teams of three Genesis A.D players against a horde of ferocious looking creatures, which we assume are called vipers.  It's an all out fight for survival on a hostile alien planet in the game’s first co-op mode where increasingly difficult enemies challenge players - defeating them earns you huge experience and in game credits.

Viper Valley is set to go live Tuesday, December 23rd - just in time for the Christmas.  If you're interested in the free to play FPS and/or the Viper Valley update - head over to the game's official website to download it.

Below are a handful of exclusive screenshots of the game mode that you will only find on Co-Optimus.com.