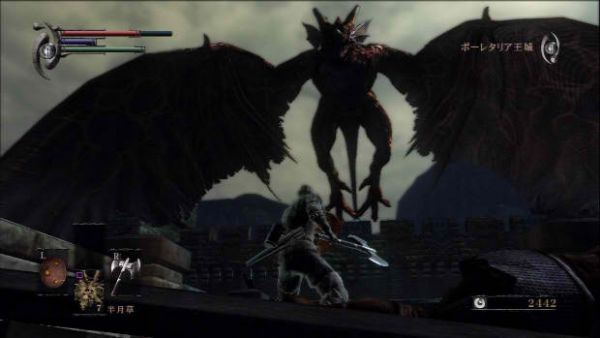 Demon's Souls, aka "That Really Hard Game You've Heard About But Don't Have The Guts To Play," is getting an extension to its online playability.  Someone is playing it, just not you or anyone you know. The incredibly difficult, and apparently popular, role-playing game came out last year.  Critics immediately touted the game's high difficulty as a huge selling point, then went on to play something else.

We covered the unique co-op of Demon's Souls before it came out last October.  When a player dies, which happens often, they become a ghost.  To get back to their mortal coil a player can then either help or hurt another player via online play.  The servers were going to go offline in March, but have now been extended to October.

Atlus' Aram Jabbari had this to say about the servers new lease on life:

We've said it before and we'll say it again, we will support the online servers for Demon's Souls as long as we possibly can, and we'll be as transparent about the entire process as possible, hence us constantly updating folks as to what to expect.

That said, we're starting to think... the servers may have taken on a bit of a... life of their own. Have you played the game? It's not just one of the most brilliant role-playing games ever made; it's darn challenging, too. It's starting to feel like even if we wanted to, we couldn't shut things down.

Honestly, we're more worried the servers will shut us down than the other way around.

Do you understand what this means?  Just the servers for this game are wrecking people in real life. How hardcore is that?   The answer: unnecessarily.

Update:  Atlus has just confirmed that if/when the servers do ever go offline - the game will still be completely playable, it'll just be the co-op/versus functionality that won't work.