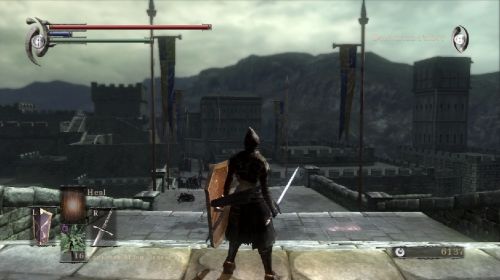 It seems like only a month ago we reported the Demon's Souls servers would be shutting down on May 31st, forever eliminating the game's unique online multiplayer features. And it seems like only last September we reported that the servers would continue to run, despite Atlus claiming they would be shut down that October. Hey, wait. I think I'm beginning to see a pattern here!

Excuse me for a second:

It's not like a fellow Co-Optimus staff member and I, fuelled by the expected server shut down, just spent the last few weeks playing Demon's Souls, recording the whole adventure for science, our children, and history itself, neglecting new fantastic games like Diablo 3, Protoype 2, Max Payne 3, and of course, the penultimate co-op game, Sonic the Hedgehog 4: Episode 2!!

Do you see that header image up there? Do you like it? Good. That's from the Demon's Souls gameplay I've captured over the past couple of weeks. I now have over 25 HOURS of screenshots. How many screens is that? Let's see... we'll take 30 FPS, multiply that by 25 hours (that's 90,000 seconds, yo!), subtract for the Valley of Defilement (framerate zing!) and I've got, like, TWO AND A HALF MILLION SCREENS! (No really, I do.) Combine that with my co-op partner's footage and that's all the damn screenshots, ever! Man, I wish I knew a good video editor who could do something AMAZING with all that footage...

If Atlus is going to continue to claim to shut down their servers, they'll eventually get everyone to try Demon's Souls. It is not a nice game. I've lost friends because I've recommended it to them. The notorious difficulty is not for everyone. Fans of the title will continue to fool their friends into picking it up. The servers will always be on the brink of being shut down, forcing everyone to try it just before it's gone forever. But it's always there. Always.

Anyway, the point is - I forget my point. Where's the Tylenol?

If you haven't picked up Demon's Souls yet, I highly recommend doing so. It's one of the best titles of this console generation. It's unique online experience is something to behold. And you never know when the servers might shut down for good.