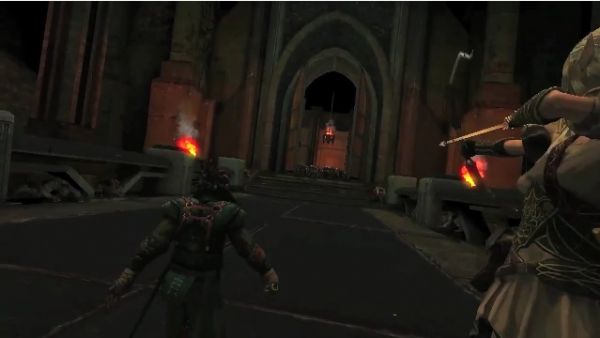 Atari have announced a brand new Dungeons and Dragons game for Xbox Live, PlayStation Network, and the PC called Dungeons & Dragons: Daggerdale.  The game is a four player online /  two player local co-op title that leans heavily on the action with plenty of RPG-lite elements.

The story takes place over a few settings - where the first task of restoring order to Nentir Vale by unlocking the secrets of the Mines of Tethyamar.  From there its on to the Tower of the Void leading to the final confrontation with Rezlus, someone who is conquering the lands in Daggerdale.

The game is slated for a Spring 2011 release and its being developed by Bedlam Games, who's only other title was Scratch: The Ultimate DJ.  Whether you'll be breaking out in a rave during your co-op sessions is yet to be seen, but we'll be keeping an eye on this title for sure.

For now, enjoy the teaser trailer, which gives you a small glimpse of the action.