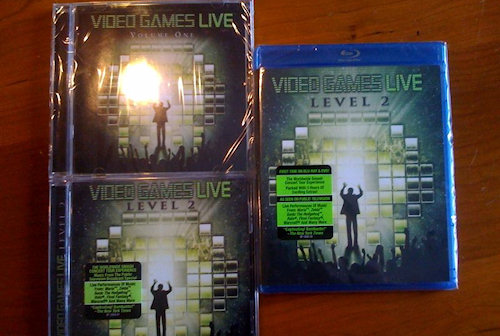 The year isn't quite over yet, which means we still have more goodies to give away!  Up for grabs are two sets of Video Games Live prize packs - included in each pack are:

Why are we giving away such an awesome prize pack to TWO lucky winners?  Because Video Games Live is coming to Canada courtesy of Paul Mercs Concerts and we've got the DL on the tour dates.

To find out more about Video Games Live in Canada hit up their official Facebook page and give them a like!

Of course if you don't live in Canada you can still give Video Games Live a like on their official page.

So how do you win?

Just leave a comment below and tell us your favorite theme or song from a video game.  This contest is open to anyone in North America - not just Canada!   Standard contest rules apply otherwise.  Contest ends on Friday, December 31st where we'll draw two random winners.