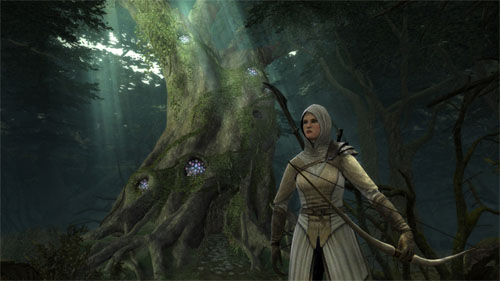 In the craziness of the holidays, you may have missed the launch of the new LotR: War in the North website. The site's homepage makes it a lot easier to see what's new content-wise on the site as well as adding some lore sections just waiting to be filled with Tolkieny goodness. We've kind of caught the notion that you guys are excited about this game, whether it's because it's made from the the same folks who brought us the classic Baldur's Gate: Dark Alliance, or because it will feature mixed split-screen and online co-op, or simply because you like how it looks, it seems like everyone's clamoring for more information on this game. We're just on the edge of 2011, which can't come soon enough if it means we'll get this game in our hands sooner!