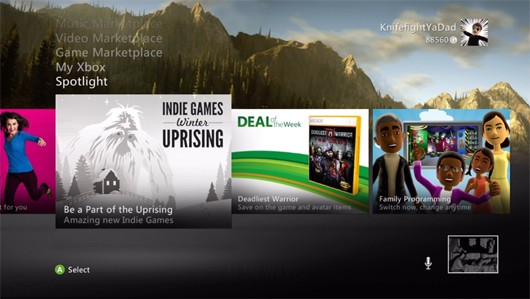 At the end of last year, a group of independant developers for the Xbox Live Indie Channel banned together to help promote some quality titles including a few co-op ones like Hypership Out of Control and Alpha Squad.  We had pointed the promo out in an effort to help with exposure.  There's been a lot of back and forth with the XBLIG channel devs and Microsoft, many wondering just how supportive the company really is of these titles.  For some, they simply felt ignored.

Good news comes as Microsoft has officially recognized the promotion and put a spotlight to it on the dashboard itself.  Trust me - these little blocks get a lot of eyes on them - so we're sure these 12 titles got plenty of exposure.  This is one cooperative effort we can get behind.

In similar news, our own spotlight on Indie titles, will be kicking up soon again.  So keep an eye out in the coming weeks - and if you have any co-op indie game suggestions - tip us!