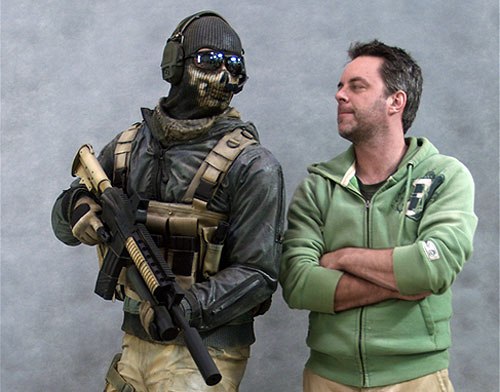 Last April we posted two Call of Duty-branded rumors, one of which has turned out to be true (Call of Duty: Black Ops + Zombies)...and the other fitting squarely between "common sense" and "it's a given". The latter so-called "rumor" was a strong notion that the remnants of nearly-disbanded studio Infinity Ward was working hard on a third Modern Warfare title.

So far no multiplayer details have been discussed, but there's no doubt that proper co-op would give this prequel the kick in the pants that the series needs. That's not to demean what we've seen so far - the past three titles have included co-op modes that have provided us with some great snippets of both online and local cooperative bliss. Each title, however, has fallen just short of the high marks that series like Left 4 Dead and Halo have set...in terms of co-op, at least. To laserbrains such as myself, the revertion back to a more current (or recently past) time period brings new possibilities: viable locations, and more believable weapons. Modern Warfare 2 departed from its predecessor in plot and hardware enough that it somewhat alienated the fan base that Modern Warfare had developed. Also criticized was the abundance of character deaths experience in first-person by the player during the campaign. One of these was Ghost himself, a seemingly needless plot mechanic that left fans wanting more.

An origin story or a plotline that enhances Ghost's lore has the potential to re-simplify Call of Duty and attract the action junkies back, as well as pleasing fans of Modern Warfare 2. Cross your fingers for co-op; we'll keep our UAV online for more details.