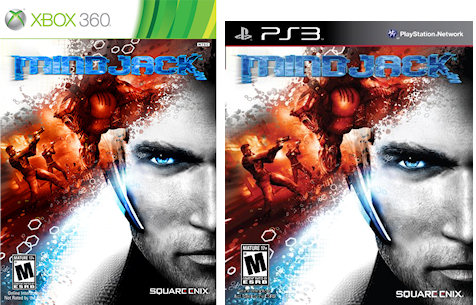 This week we'll see the release of a unique looking co-op title from Square-Enix called Mindjack. The premise of the game is simple - at anytime someone can drop in and out of your game and hack the mind of a friend to fight along side of you.  On the flip side, they could also hack the mind of an enemy and fight against you.  Luckily, this can be disabled, providing a 3 player online co-op experience through the campaign.

Throughout our coverage there's been a few viral like videos showcasing what it would actually be like if people could hack into the minds of other people in the real world, with the first one involving a dog.  It was a bit silly to say the least.  The latest video involves a street fight that turns into psyhological warfare.  It's all a bit low budget, Youtube style, but we get the point.  Puny humans can't handle mind hacking yet.  Personally, I just want to hack the mind of a robot monkey.

Mindjack is in stores tomorrow, January 18th on the Xbox 360 and PlayStation 3.  You can snag it at Amazon.com and support Co-Optimus.