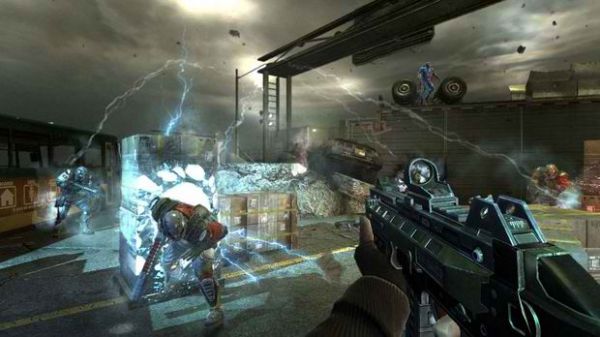 F.E.A.R. 3 is expected out this spring.  We've got a new trailer focusing on what the developers call "divergent co-op."  Last year we previewed the different co-op features, including the scoring system and the lack of a revive mechanic.  This new video shows Point Man and Paxton Fettel in action.  If you have any compunction to notice the obvious, you will clearly see split screen around the 50 second mark.  So it will have 2 player co-op, either locally or online.  F.E.A.R. 3 just became a big blip on my co-op game radar.  How about yours?

It hits store shelves May 20th, and is available for the Xbox 360, PlayStation 3, and PC.