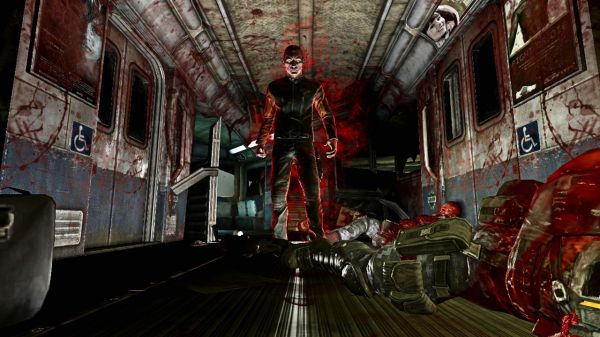 F.E.A.R. 3 has the potential to be a cooperative gaming power house.  We already know that the title supports a two player co-op campaign, both locally via split screen or online.  We've brought you a video of the Left4Dead-like four player online co-op mode, "F**king Run."  We've shown you a video of the competitive/co-op scoring system in action.  Today, we have a new video for yet another co-op mode called "Contractions."  In this mode gamers will be given a series of fill-in-the-blank questions.  You must then choose the correct answer from "your," "you're," "its," and "it's."  Each appropriate response is associated with a face button.  If you get less than 60% of the questions right, the game will track you down through your Xbox Live Gamertag, PSN ID, or Steam ID and somehow remove your ability to comment on internet message boards.  This may be the greatest thing ever invented.

Okay, I made most of  that up.  The new mode really is called "Contractions," and it's much more disturbing than a game based on simple grammatical rules.  It seems to be very reminiscent of Call of Duty's "Zombies" mode ( which is by no means a bad thing).  Four F.E.A.R. team members must fight off waves of enemies using repairable barricades and an arsenal of weapons.  Where does the "Contractions" part come in?  Watch the video.