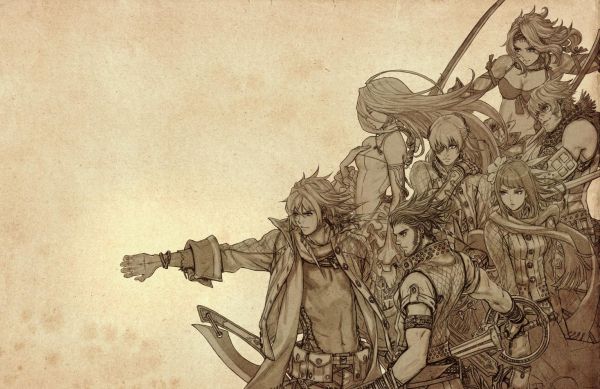 The characters all stayed to the East

As a gamer with over twenty year's experience, I remember the days when Japan would have exclusives that never left their shores.  However, in recent years this issue has become less apparent as smaller publishers have been bringing obscure titles such as Deadly Premonitions to the US and EU.

One of the few publishers that sometimes act like they are still from the 1990s is Nintendo, so it should not come as a great surprise that whilst the likes of ambitious PS3 exclusive Demon's Souls can make it to our shores, Nintendo's own co-op RPG, The Last Story, may not.

Nintendo are quoted as saying they have "no current plans" to bring the 6 player online co-op RPG to the West.  The Wii is a console with few online co-op experiences, so to see one of the most promising titles of 2011 remain Big in Japan, but a no show for The Kids in America, is a real shame.

To rub salt into the wounds a new trailer has been released showing The Last Story to be one of the best looking experience the console has to offer.  Enjoy, and perhaps cry a little inside: