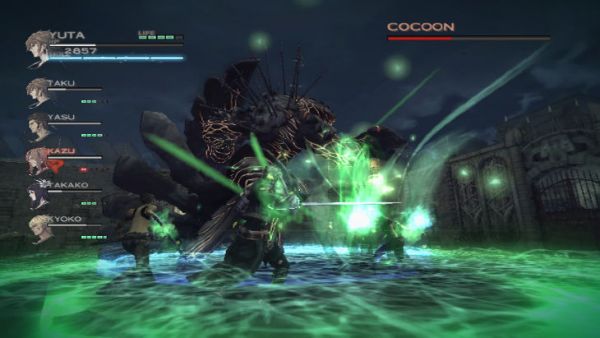 Most multiplayer afficionados have moved on from the Wii by now in favor of the greener pastures of Xbox Live and PSN. But the Wii does have quite a co-op card up its sleeve in the form of Mistwalker's Final Fantasy, I mean, The Last Story, which debuts later this year. A new pre-launch trailer showcases the action-RPG's impressive gameplay and graphics.

The Last Story's online multiplayer mode supports up to 6 players in action. Together, you'll take on raids that function a lot like MMO missions. Character progress transfers between multiplayer and single-player, so it should be fun to buff up on your own and then jump online with fellow RPG enthusiasts. The combat shown in this latest trailer really does look quite impressive; hopefully the network performance will be up to snuff.

The Japanese version of The Last Story debuted way back in January of 2011. It will release on February 24 of this year in Europe, but no US release has been set yet. Co-Optimus will be sure to let you know when we learn more.