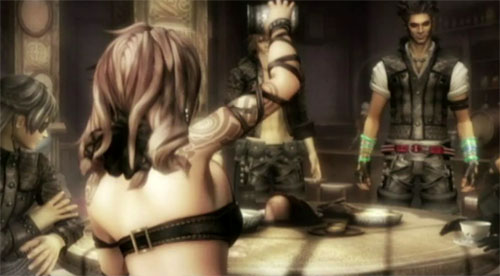 This announcement is kind of a big deal for a lot of gamers. Created by Final Fantasy mastermind Hironobu Sakaguchi, the Wii RPG has received some critical praise in Japan. With no indication of its release in the west, however, gamers banded together to petition Nintendo to bring the game stateside (along with some other JRPGs). It seems likely that this petition had an influence on Nintendo's decision.

In related news, Hironobu Sakaguchi has also put together a director's cut trailer for the Last Story It shares some footage with a trailer was posted over a week ago, but has some additional footage as well.

The Last Story supports 6-player online co-op on the Wii. It will be coming to the U.S. in Summer 2012. We'll keep you posted in the event of a more solid release date.