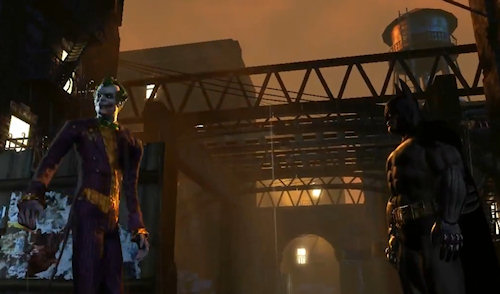 It's already a well established rumor that this year's Batman: Arkham City would feature cooperative gameplay, previously thought to be with Cat Woman.  But the latest trailer for the game, leaked on a French video site, seems to indicate there will be more than one co-op partner for the caped crusader.  Who that is though, is a bit of a surprise, as its the prime villain from the first game in Joker.

While the video may be pre-rendered, it looks very close to actual gameplay footage.  In it we see not only both characters fighting side by side, but characters performing special co-op moves together.  This just adds more fuel to the cooperative fire in Batman: Arkham City.  With a release date this fall, it can't be long now until we get the official word on co-op.

Update:  Joystiq seems to think this is a fake, the evidence certainly backs them up.