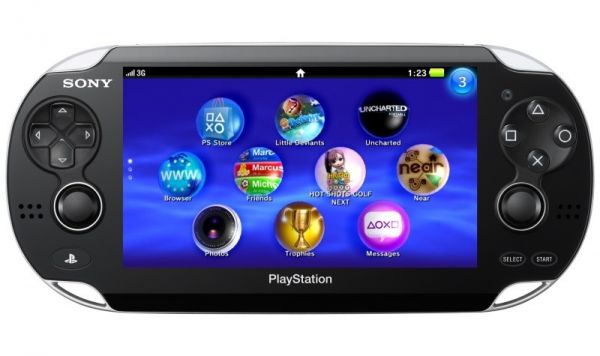 Sony has put the PSP through a few trials, including a complete re-do for the PSPGo in 2009. Now the time has come to say goodbye to the PSP, as the PSP2 - aka NGP (Next Generation Portable) has come to take its place. Sometime around Christmas 2011, NGP will arrive with a few developmental goals in mind. We think you’ll be happy with some of the changes, including user connectivity and dual analog sticks.

The NGP sets out with a few goals to bring forward during its development:

Social Connectivity is what we’re most interested in, seeing as portable gaming has become somewhat of a staple in our busy lives. 3G makes this possible, and really the NGP is looking pretty nice so far. Games will be digitally downloaded to a memory card for playback, hopefully including some backward compatibility with first gen PSP downloadable games.

Specs include a 5-inch OLED display with 960 x 544 resolution, dual analog sticks (not nubs as on the current generation), 3G, GPS, front and rear touchpads, an electronic compass, and cameras on both the front and the rear. Available this holiday season.

Sony showed off a couple of hot properties running on the device including Uncharted, LittleBigPlanet, Killzone and Resistance.  Most impressions of the device have been positive, and we hear graphically its looking really really solid.  Most are describing it as an HDTV like experience.  Other exciting news for the NGP is the fact that Epic's Unreal Engine 3 is up and already running on the device - making games like Infinity Blade and the co-op Dungeon Defenders possibility, and in fact, they were both already on display.

Quick release should mean some of the gaming events this year will feature an NGP to try out. We’ll let you know how it handles once we test drive it, hopefully by E3 this Summer or PAX this September.  As of now, no price has been announced.