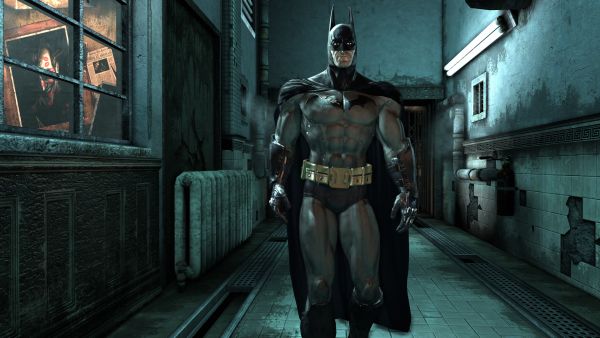 Despite a vast many gaming news outlets confirming the existence of some sort of multiplayer mode - cooperative being the most likely - Batman: Arkham City game director Sefton Hill has now completely debunked any of the speculations that entire gaming press and community have been anticipating. He describes Arkham City as being "a 'single-player only' experience".

If there's a Broken Dreams Boulevard in Arkham City, Batman will be walking it alone.

Our thought process behind this was fairly simple: when we investigated adding multiplayer we asked, "If we use all of the energy that is required to create multiplayer and instead focus this on the single player, would that deliver a better overall game?"

With the game now coming to the final stages, I can honestly say it would not have been possible to deliver Arkham City the way we wanted to if we'd have added multiplayer.

So it might not be the fashionable choice, it might not get us an extra tick on the box, but we are convinced, and we hope that gamers will agree when they get to play the finished game, that we have made the right decision.

We hope that you love Arkham City. We're working as hard as we possibly can to deliver the game you want.

While most of what Mr. Hill makes perfect sense, the latter statement rings pretty hollow - especially considering that the general consensus seems to be that a co-op Challenge Mode or something similar is very much a desirable addition.

Will this turn out to be another shock PR spin, or has Batman: Arkham City officially skirted our co-op database? Only time will tell.