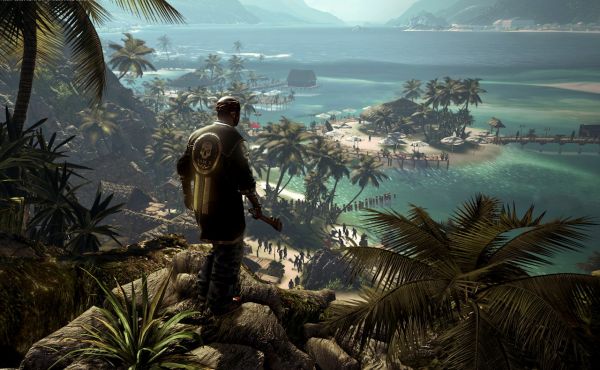 We've just received a bunch of new details and screens for the Techland developed Dead Island.  It was a game that suddenly jumped back on everyone's radar after being in hiding for almost three years.  But the game came back with a vengeance thanks to a horrifically emotional trailer released yesterday and boy are we glad it did.

Dead Island will focus primarily on melee combat, with firearms and ammo being extremely scarce.  Players assume the role of an "everyday" character who was on the island of Banoi for vacation when a zombie outbreak suddenly hits.  The player characters find themselves immune to the disease and soon they begin their quest to discover what exactly happened.

I use the word quest, because the game is said to play a bit like an Action/RPG in an open world - Fallout 3 comes to mind in terms of the style we'll be seeing.  Players will earn quests from some of the random survivors scattered throughout the island to progress the story.  Since you are a normal person - swinging an axe to lop the head of the undead off isn't exactly second nature, so you'll be a bit sloppy at first.  The game's skill tree and experience system comes to play here as you can upgrade your proficiency and skills for the games many different objects - anything from an axe to a bat or even a tree branch can be used as a weapon.  Furthermore, these items can be used in combination with a weapon customization system - think Dead Rising 2 - to add even more depth.

Dead Island is also boasting a damage system that lets you dismember the zombies anyway you see fit - something we saw in great detail in yesterday's teaser video.

All of this is combined with the promised drop in and drop out four player co-op online gameplay on the Xbox 360, PlayStation 3 and PC.  Dead Island is sounding incredibly ambitious and if Techland manages to pull it of, they have a sure fire hit on their hands.  For now we'll just have to drool over the new screenshots and hope the game makes its planned late 2011 release date.