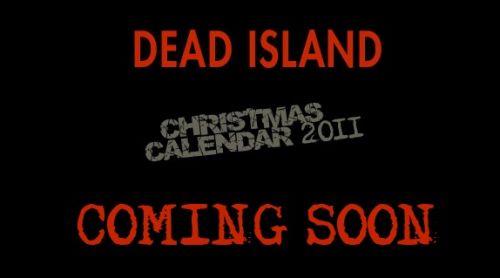 Today Deep Silver announced a special Christmas Promotion for the excellent four player co-op survival title, Dead Island.  I don't really know what dismembering reanimated corpses has to do with Christmas, but let's just go with it.  They recently launched a new website that will have some sort of macabre daily calender offering up new contests that will allow gamers to explore Dead Island, "putting their knowledge of both the game and international zombie lore in general to the test."  I have no idea how this is going to work, but I'm curious.

There will be special contests each Sunday in December which will have prizes that include:

I'm down.  Papa needs a new 3D TV.  I don't know why, I just know I need it.  This is all leading up to the December 25th grand finale.  A drawing will take place that will reward a lucky zombie slayer with a one week trip for two to a tropical island.  It's doubtful that there will be any zombies on the island, but hey, free island vacation!

As I said before, I have no idea how this is going to work.  Check out the Dead Island Christmas Calendar tomorrow, December 1st,  to see what all the fuss is about.