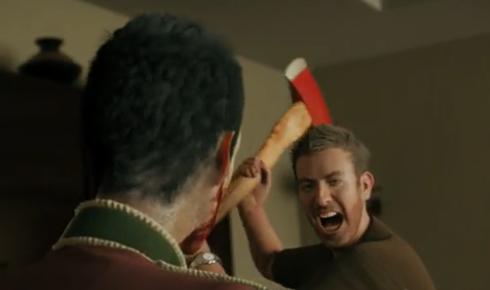 Our head honcho Nick Puleo was one of the first keen pair of eyes to catch today's announcement trailer for Dead Island, an upcoming first-person survival horror title. The trailer is as brutal as it is beautiful, taking our generation's already unhealthy obsession of zombies to a new, more sadistic plane of thought.

Polish studio Techland seems to have somehow heard our laments, as their last high-profile title was Call of Juarez: Bound in Blood - a title whose heels we nipped for lacking co-op. For this new "first-person zombie slasher" they've chosen to support four-player drop-in/drop-out co-op. Furthermore, the game will be significantly "darker" in tone than the excellent Left 4 Dead series, and will feature RPG elements to some extent. An early gore tech trailer gave us a fleeting glimpse of what kind of nasty, real-time character damage would be presented in Dead Island, and it was impressive. Now, Techland and publisher Deep Silver have released a pre-rendered trailer that's sure to get your blood free-flowing in anticipation.

Dead Island will see players struggling to stay alive while concurrently trying to unravel the mystery of a zombie outbreak on the Royal Palms Resort island of Banoi, Papa New Guinea. The game is currently slated to release in the highly competitive fourth quarter of 2011.