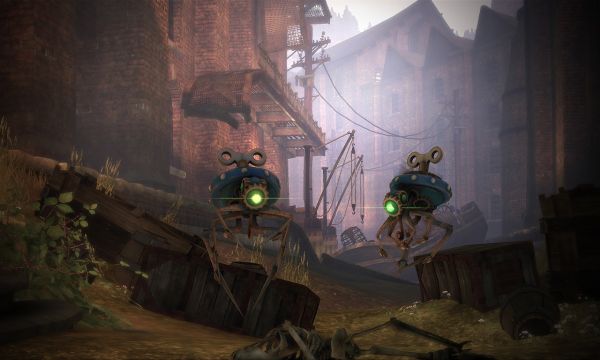 First up is Fable 3 on PC - we finally have a release date and some more info.  The game will release on May 17th with all of the same content as its console counterpart including the two player online and local co-op mode, but there's two added bonuses - the game supports 3D gameplay via NVIDIA's 3D Vision and the game features a "hardcore" mode.

The second item I'm surprised we haven't seen sooner, especially after the steady stream of content Fable 2 had post-launch is some brand new DLC for the game.  Fable 3's first piece of content is called Traitor's Keep and it features three new levels called Ravenscar Keep, Clockwork Island, and the Godwin Estate all the while taking on new quests and encountering a mysterious prisoner. Traitor’s Keep also comes adds 250 gamerscore points to Fable 3 and is out March 1st.

Also in Fable 3 news, if you own one of those swanky Windows Phone 7 devices, there's a new mini-game coming to the device called Fable Coin Golf.  Playing this game will add currency to your Fable 3 game, much like the Fable 2 Pub Games did for that title.

That's about it - plenty of Fable goodness for fans of Albion.  We've posted some new screenshots below of Traitor's Keep.