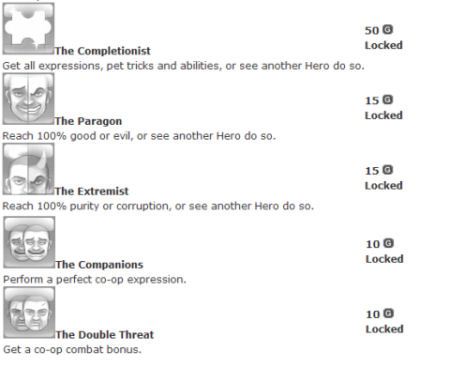 As seen above there are a handful of co-op specific achievements related to expressions and combat, this was previously known.  But what we didn't know before was that you could earn achievements just from joining a friends game and WATCHING them complete the requirement for it.  It appears there should be one more achievement to add to the list, Voyeur.

The full list of achievements can be found over at 360 Sync.com.